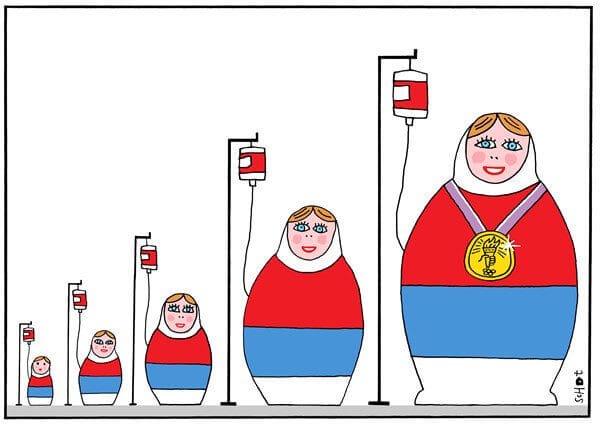 Doping in the sphere of Russian sports is distinguished by a systemic character. It is worth noting that Russia has been previously accused of abusing doping in over 50 cases during the Olympic Games. It therefore rightfully occupies the first place in the world in terms of doping violations. During the previous years, numerous Russian sportsmen have been covered up and still took part in various sports competitions. However, the problem still remains, and the question of whether Russia should be banned from participating in the Olympics is still under discussion. It is true that no other country in the world has ever been accused of doping violations as frequently as Russia. What is the future of Russian sports and is there any possibility that this problem will be solved in the upcoming years?

Before answering these questions, there is a need to trace back the history of Russian sports with an emphasis on doping violations that happened in the past few years. In 2017, WADA provided well-grounded evidence in support of a claim that numerous Russian sportsmen should be accused of doping abuse. However, the Russian laboratory got rid of the samples and the local authorities rejected to provide a substantial reply to multiple requests aimed at gathering some more evidence against Russian athletes. Such a situation happened repeatedly over the previous year. In autumn 2017, WADA refused to accept the claims of Russia in regard to the numerous cases of doping accusations on behalf of the world authorities. Based on such cases, Russia became accountable for numerous wide-scale scandals in the history of sports. It is therefore arguable that Russian sportsmen should be allowed to participate in the upcoming Olympic Games of 2018. Let us discuss this issue in detail.

At the end of the previous year, over 40 Russian sportsmen have been sanctioned for doping violations, as a result of which Russia lost 13 medals. Later the same year, Vladimir Putin condemned the US government for generating problems for Russian sportsmen. After this statement had been made, WADA proclaimed that it received all testing information on Russian athletes. Somebody had evidently leaked that information so that a number of doping violations became known to the public and resulted in multiple disqualifications.

Furthermore, during an interview for New York Times, Rodchenkov, the Director of Anti-doping Center admitted that he had been requested to incriminate a sportsman from Ukraine in the course of a competition held in Moscow before the Olympics. He did not agree to say that it was easy to do a retest and find out that the drugs did not pass through the body of the given athlete. He convinced the reporters of New York Times who held the interview that he would never do such a thing to anyone who is innocent. He also admitted that in the course of his career, he reported numerous contagious samples as normal, but not the opposite.

Finally, in December of 2017, the International Olympic Committee (IOC) declared that Russian government would be suspended form the Winter Olympics of 2018. At the same time, it also became known that the Russian sportsmen who had never before been accused of doping violations and had a good history of doping testing would be permitted to take part in the Olympic competitions. This ban provoked much disagreement among the Russian authorities, but they have no other choice than to accept the reality. Due to the fact that Russian governmental authorities were banned to participate in the Olympics, neither Russian anthem nor flag will be presented during the Games. Instead, the Russian sportsmen will compete under the official Olympic anthem and flag, and there might be a separate logo for the athletes’ uniforms. Evidently, there are still many questions to answer in regard to the participation of Russian athletes in the Olympics, and many debates still arise in relation to this matter.

Essay on cryptocurrency: All you should know about Bitcoin