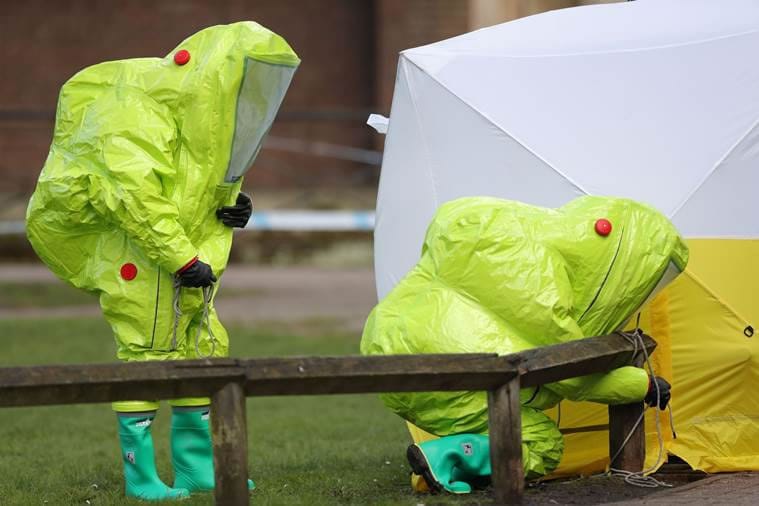 Russia was condemned by the British Prime Minister in another misfortune that has recently happened in southern England. She claimed that Russia was responsible for the nerve agent attack on the former Russian spy and she also stated that reprisals are quite probable. Britain has already experienced the poisoning of other influential figures on its territory. However, in the past, it took moderate measures against such happenings, and it is still unknown how it will react to another poisoning this time.

How it all began: Details of the attack

The Prime Minister of Britain did not make a direct inquiry as to the role played by Russia in this event as she is under considerable pressure to make firm statements this time. It all began on March 4, when Sergei V. Skripal, a former informant working for the foreign intelligence agency of Britain, as well as his daughter Julia Skripal, was attacked by nerve agent in Salisbury, England. Poison was detected at the local pub and pizzeria attended by Skripals.

After this event had become known to the public, a representative of the British parliament said that the attack itself was carried out with the use of a nerve agent, which is known to be largely developed by Russia. Therefore, the British government drew a conclusion that Russia could be accountable for this violent act against the Skripal family. However, the details of the event are still being investigated and it still remains unclear who can be blamed for the case.

At the same time, the British authorities claim that there are two reasons for the event. First, it might be an undisguised act of the Russian government against Britain. Second, Russia might have lost its grip over the nerve agent development, so this poison could have fallen into the hands of wrongdoers, which nevertheless does not mean that Russia is not guilty in the case.

Despite the fact that it has not yet been proved whether or not Russia is responsible for the event, many British authorities continue to rigorously discuss the issue. Some of them express embarrassment as to how it could happen that a state like Russia would commit such an offense and use the nerve agent in a public place with so many people around. It would be reasonable and understandable if this was done by some non-state player, but it is quite astonishing that such act was committed by a well-organized state, presumably Russia.

The British Prime Minister announced that strict measures will be taken in case Russia does not give credible evidence that it was not behind this event. For now, it can be regarded as an illegal use of force on behalf of Russia against Great Britain, so something needs to be done to avoid complications. The Prime Minister of Great Britain indicated that they will not tolerate the murder of guiltless citizens on their territory. Russia, however, denied any responsibility for the proceedings.

Relations between Russia and Britain are getting tense

It is evident that the attack on Mr. Skripal and his daughter has made the relations between the two states quite tense, even though they have previously been spoilt by numerous other instances of confrontation. For example, Britain and Russia have had a misunderstanding over the annexation of Crimea by the Russian government among various other issues.

Even though Britain refrained from severe countermeasures against Russia in the past, this time it might not remain silent. It is possible that the poisoning of Skripals will serve as a stimulating factor for Great Britain to act more aggressively against Russia. The outcomes of this event are still unknown, but it can be suggested that Britain and the rest of the world will take stricter measures against the Russian state in case its involvement is officially proved.