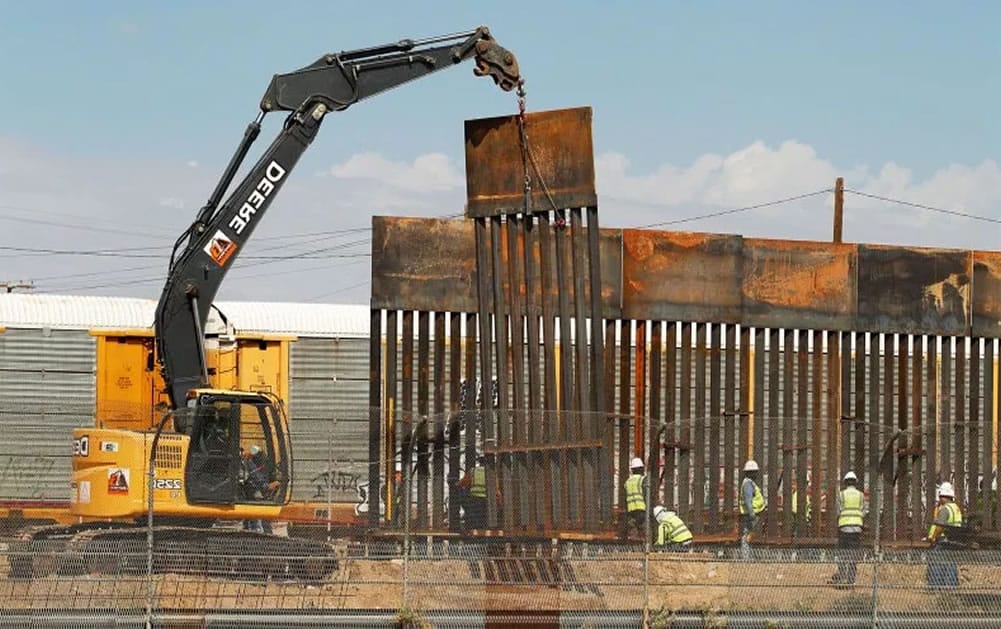 The US President Donald Trump declared the vital importance of building a wall on Mexican border to stop humanitarian crisis. He did not impose a state of emergency, which would allow getting the necessary monetary funds for its construction without the approval of the Congress, but at the same time refused to bring “shutdown” to an end. For the first time during Trump’s presidency, the US President addressed the nationals in a live television broadcast from the White House. Obviously, this was facilitated by the escalation of humanitarian crisis on the Southern national borders.

Trump admitted that the USA does not have any other way to bring the illegal immigrants back home. According to his statement, America takes pride in meeting immigrants that enter its borders legally, but illegal immigration causes a great damage to the American nation. That is because illegal immigration goes hand in hand with drug trafficking. Illegal drugs provoke irreversible harm to the wellbeing of American nation. Even more than that, only this year drugs will cause a lot more deaths of US nationals than during the Vietnam War according to what Trump assumes.

Trump noted that the US government has already presented a detailed description of border protection measures to the Congress developed by the US Border Patrol and Department of Homeland Security. The US President reminded that this solution to the on-going crisis presupposes the use of over 5.7 milliard dollars on the construction of “a physical barrier on the border”.

Due to the fact that the Senate refused to give money for the construction of a protective barrier on the Mexican border, the USA faced a shutdown that fortunately came to an end, even though it has left a perceptible trace by shaking the state of affairs in the nation. The government was left without any financial support and Trump refused to sign the new funds distribution project without the necessary amount of money, so that the situation seemed to be quite unmanageable.

How the “Wall Issue” Ignited the Political Crisis in the US

At the end of December, the USA still faced the “shutdown”. The government of the United States partially stopped functioning due to the refusal of the Senate to give funds on the construction of the wall on Mexican border. As a result, a number of national departments were deprived of financial support. National parks and museums closed. Thousands of governmental workers went on unpaid holidays. This was the third shutdown experienced by the nation throughout the presidency term of Trump thus far and it was the longest of all.

As a last resort after futile negotiations with Democrats, Trump declared that he was ready for the “shutdown” to continue for months and even years up until the Congress approved the financial support of the “wall project”. Democrats, in their turn, refused to cut corners once again. Trump did not exclude the probability that the state of emergency could be imposed across the nation. This would make it possible to build the wall with the help of the military forces without the approval of the Congress. However, it would still be difficult to achieve the set goals because the distribution of funds in the US Department of Defense is still determined by the Congress.

Trump, in his turn, admitted that the problem on borders is a lot more important issue than the governmental crisis, because of the threat of terrorists that keep entering the country borders. Previously, Trump claimed that they have already captured 4,000 terrorists trying to penetrate the US borders with the vast majority of them being arrested in airports, but not on the Southern border where the wall is supposed to be constructed.

Violence as One More Reason for Shutting the Southern Borders

Trump clearly stated that there were recorded a great many of violent killings committed by illegal immigrants. He even described and referred to several of such brutal murders for which the “illegal aliens” were to blame. He referred to these savage events with much accuracy and no one would deny his tactfulness, but the most important question is whether or not the Mexican wall would be the best solution to the problem of violence on the US territory.

It is quite possible that the physical border with Mexico would make it harder for illegal immigrants to commit their violent crimes, but it might be equally possible that it would not eradicate the problem to the fullest. Furthermore, some of the crimes which Trump mentioned in his speech involved not just one murderer but several people, some of whom were US-born residents. It is therefore hard to say whether the given murders could have been prevented if there was a wall constructed on Mexican border. Be that as it may, it is hardly a universal and all-embracing solution to the problem because there are too many ways of how illegal immigrants are penetrating the national borders.

It could be true that a wall would have helped to prevent many of such acts of violence, but if Trump wants to take a serious approach to managing immigration in the country, it is more likely that a lot of other measures should be devised in order to put an end to the on-going crisis.

What’s Going on at the Border in Reality?

The Mexican border is almost two thousand miles long with over 650 miles of various types of barriers already established all through the borders with California, New Mexico, Texas and Arizona. The White House considers the Southern border to be the most vulnerable point through which illegal immigrants and terrorists are entering the country. However, some researchers claim that undocumented migrants are not as likely to commit violent crimes as American citizens born on the US territory. Trump is largely supported by most members of his party, but it might still be not enough to make his plans a reality. All that is left to do is probably just wait for what happens next and make suggestions about the future course of events.